During 2014 I've managed to make a semi-sporadic series of updates to this blog that have shown various creature designs. At the same time, I've been tinkering with other ideas and sketches as they've popped into my head or have been part of on-line threads for various RPGs. I've also been messing around with new techniques, or dusting off some old ones.

The first and most recent piece of artwork is this Mindflayer:

This started off as a pencil drawing, then became a line drawing which was subsequently scanned and mixed with digital colours. I've not done this sort of thing for quite a while, although I used to create artwork in a broadly similar way when I was a concept artist. It's good to have a try at this again, although I am quite rusty and need more time to get more polished. Still, I think the Mindflayer is a good illustration as to how lurid D&D monsters are, based on the description given in the 1E Monster Manual. If I get the chance I'd like to create some more D&D themed artwork. Earlier in the year I created this image of a troll: 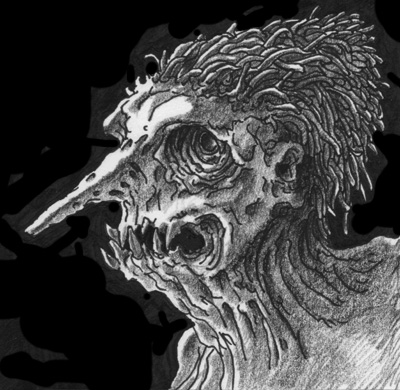 This came out fairly well, although there seems to always be a fine line where a troll either looks scary or is just some weird version of Marge Simpson. I'll let you be the judge of which side of that line the above image lies. Another basic sketch shows a group of adventurers battling with orcs:

And finally, here's a more developed drawing of a goblin-like chieftan: 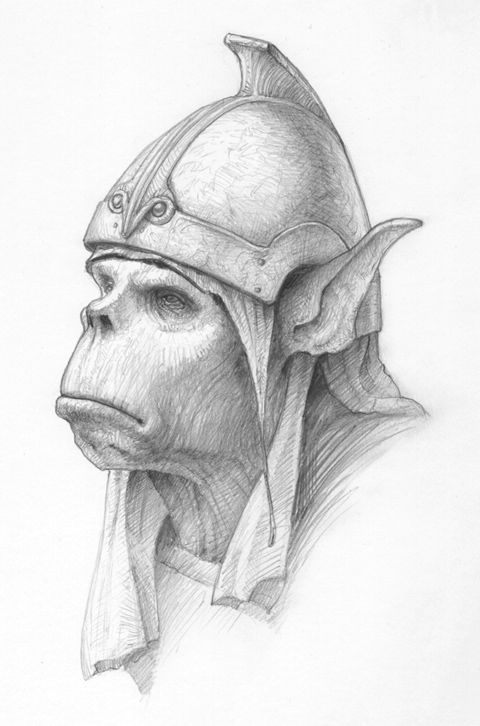 This came out quite well, although I think various details about the helmet decorations need reworking.

Getting back to the subject of digitally-coloured drawings, before I started on the Mindflayer I had a practice run with a creature I designed many years ago for a Star Frontiers adventure I'd created: 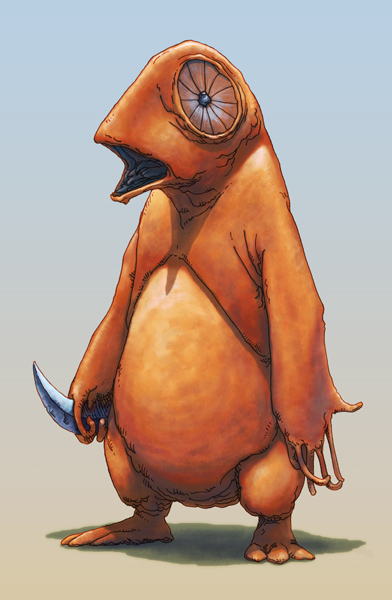 This is an example of the penguin-sized creatures that were living on a remote planet just outside the Frontier. This seemed to be the source of odd energy readings that could not have been created by their Stone Age culture. And speaking of Star Frontiers (incidentally, one of my favourite RPGs), here are some more sketches of aliens: 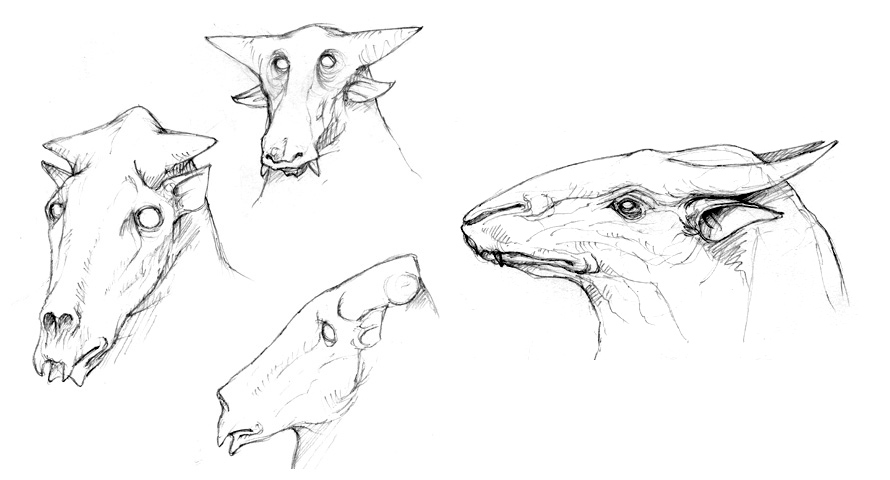 The above shows some conceptual sketches of a race called the Jakar, the best description of which would be tall bipedal bovine or bull-like creatures.

These sketches depict the Thyrann - pretty much upright lizards/komodo dragons. Both the Jakar and the Thyran were developed during discussions over at the Starfrontiers.us site. Back in January I was doodling various images of Sathar (the main baddies of Star Frontiers), which is always fun: 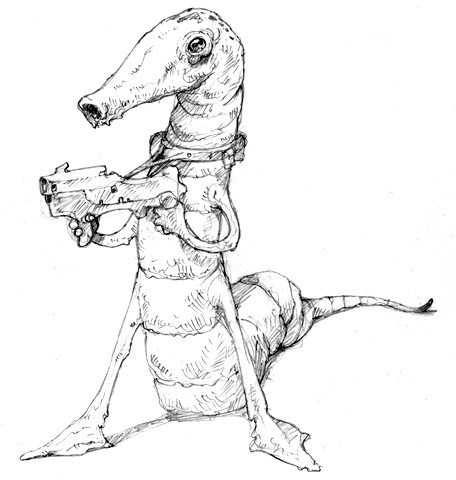 I've also been working on machines as well as creatures. There's this design for a prison ship for Star Frontiers: 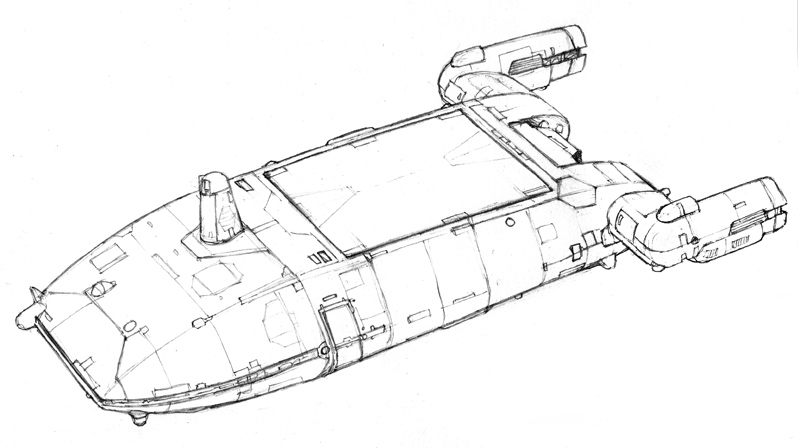 And, last but not least, a pencil and 3D sketch of a light attack tilt-prop for the 2300AD RPG: 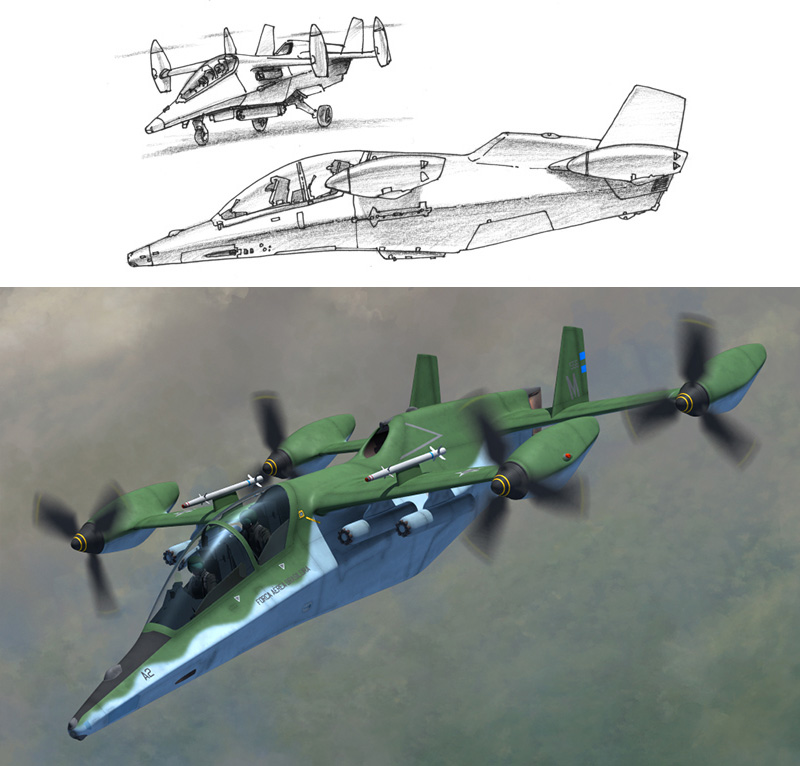 I'll hopefully add more details about this last design to my blog in 2015!