Artwork for The Lovecraft eZine...

Awhile back I had the chance to create some artwork for the latest issue of The Lovecraft eZine. The story that I was assigned to illustrate was 'The First Act', by Pete Rawlik.

After a few read-throughs, my initial ideas were skewed towards a film noir-like image, along the lines of the moodier work created by James Bingham. However, further read-throughs made me realise that an abstract piece of artwork would be needed, mostly because the story itself is a monologue where various imagery is suggested but not always defined; certain pictures are conjured up but details are kept more to a minimum. So, whilst I knew that someone was tied up and that there was the threat of a knife being used, the story didn't detail the whys and wherefores (i.e. were the characters in a room or a basement? Was someone tied to a table or chair?) and so I didn't want to suggest too much outside what the author had already implied.

That said, I did pick up on the idea of the knife, which in turn sparked off a few ideas about what could be the focus for the image. I liked the idea of being quite noirish with the lighting, and so took various backlit photos of my hand holding a knife: 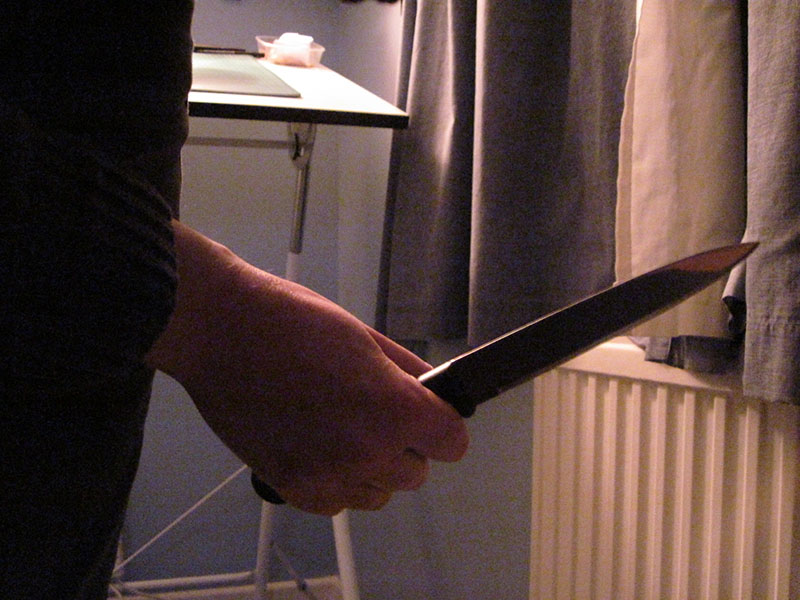 I thought that it was also important to include some sort of visual reference to 'The King In Yellow', as this particular issue of the eZine features stories inspired by that book. I've always liked the artwork for original print of 'The King...', particularly the hardcover version and so wanted to show that in some form: 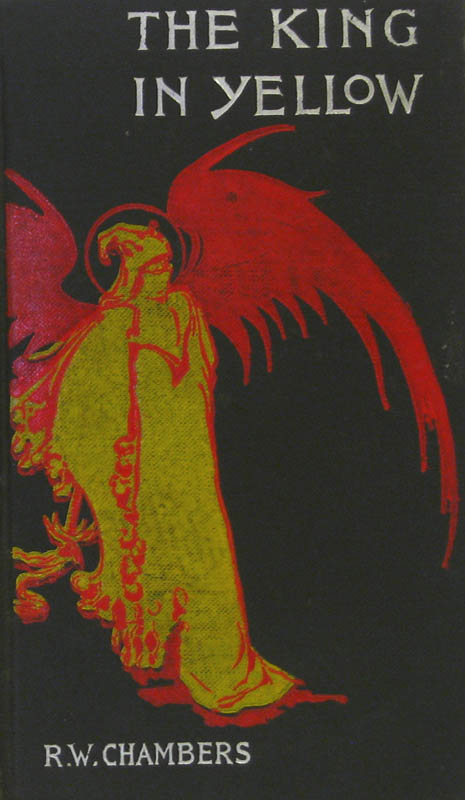 After various sketches, I settled on an idea that combined these various concepts: 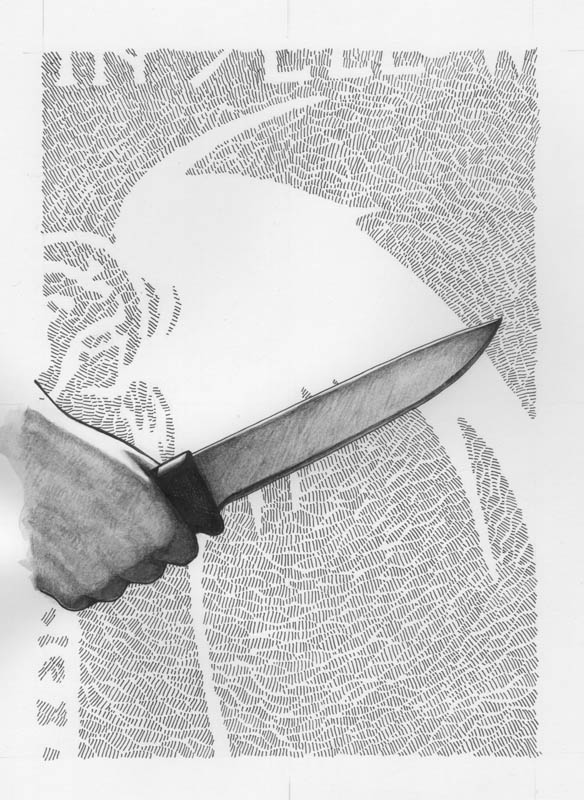 The above piece shows the drawn image in the raw, just to show how things looked before the final image was put together. I wanted to have slightly organic lines radiating out from the central core of the image, and so broke these up into groups of smaller waves, all of which combined to make up a background inpsired by 'The King In Yellow' cover. The knife is chunkier and the hand is taking more of a concerted grip upon it, as the fingers are more tightly curled and suggest something a little more determined.

As I wanted to abstract things a little further, I composited the above drawing within a digital framework using some lines from Act 1, Scene 2 of 'The King In Yellow', which in themselves are oddly abstract: 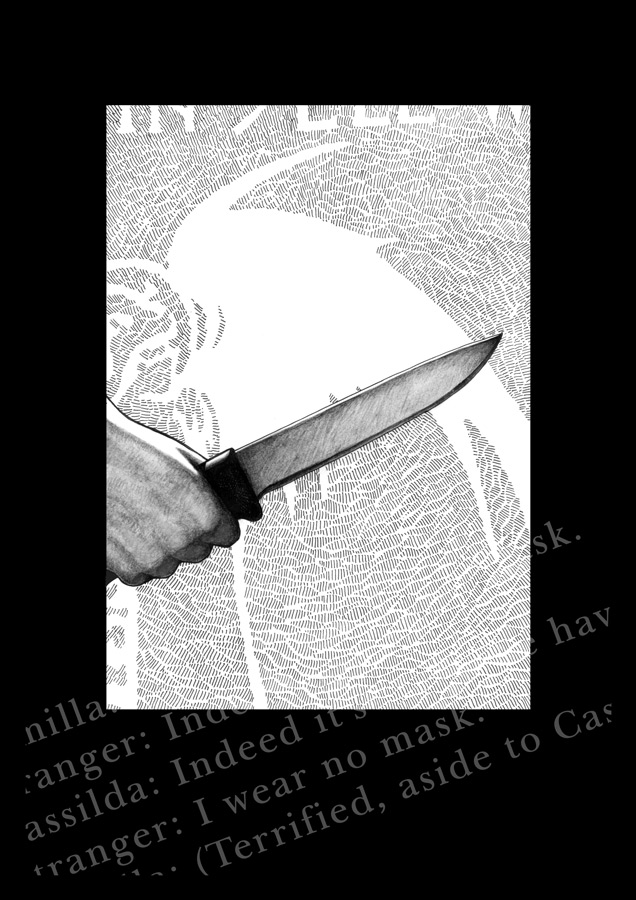 You can see a larger version of this over at The Lovecraft eZine site. Hopefully it did the story some justice. The drawing itself was done with pen, water-soluable pencil and gouache wash on Bristol Board, the original being around 20 x 14 cm (8ish x 5 inches).
Posted by Jerry Boucher at 20:48